Plants and flowers are a wonderful addition to many homes and gardens! However, they are sometimes a danger to our beloved dogs and cats. The list is long and you’d be surprised by which plants could potentially send your furry friend to the emergency vet.

In this article, we’ll cover the majority of the most common house plants and flowers that are poisonous to our companion animals.

This pretty plant is quite deadly and packs a very poisonous punch. The sago palm can be found in warmer climates – inside or outside. The seeds or ‘nuts’ are the most dangerous part of the plant, however, all components are potentially deadly.

Ingestion of this plant can cause initial symptoms of acute gastrointestinal upset such as vomiting, diarrhea and lethargy. After that, the clinical signs shift to more severe symptoms like central nervous system depression, wobbly gait, liver failure and death. Symptoms can manifest as early as 15 minutes, however, some more severe signs may take several hours to days before they are noticed.

Tulips are a popular staple of many people’s gardens. These beautiful flowers are also similar to hyacinths in the sense that they have a similar mode of action and clinical signs when ingested. With tulips, the bulb contains the highest concentration of its toxic compound, allergenic lactones, so it is best to avoid letting your dog dig them up.

Minor clinical signs are excessive drooling, vomiting and diarrhea. If the pet has ingested a large quantity of tulips or has eaten several bulbs then increased heart rate and respiratory changes can be seen.

There are several types of lilies out there and some of them are more dangerous than others. Peace, Peruvian and Calla lilies are not exempt from causing issues as ingestion can lead to tissue irritation of the mouth and esophagus.

The more dangerous lilies are Tiger, Day, Asiatic, Easter and Japanese show lilies. These flowers (all parts, but kitties enjoy the leaves) are particularly hazardous and deadly to cats as they have a more severe degree of kidney damage when it comes to dogs. However, canines are not exempt from suffering consequences when ingesting one of these poisonous lilies.

The yew contains a toxic compound, called taxine, that affects both dogs and cats. This plant can cause symptoms of central nervous system depression such as trembling and incoordination.

In more severe cases of yew ingestion there can be gastrointestinal upset, difficulty breathing and even heart failure.

Also in the same family as the azalea, rhododendrons contain grayanotoxins which can lead to gastrointestinal symptoms such as vomiting, diarrhea and excessive drooling. In more severe cases of rhododendron poisoning, central nervous system depression, coma, heart failure and death can be seen.

Marijuana, not to be confused with beneficial CBD supplements, can cause some issues when our pets ingest the buds or leaves. The ingestion of cannabis can cause central nervous system depression, trembling, vomiting, diarrhea and sometimes even seizures.

This outdoor shrub is considered toxic to dogs and cats as it contains cardiac glycosides that can result in serious effects such as gastrointestinal upset, abnormal heart arrhythmias, decreased body temperature and sometimes even death.

This plant is a common staple of Christmas time and can be found in many homes during the holidays. The poinsettia produces a white sap that can be potentially harmful to our pets if ingested. It can cause symptoms of oral pain and irritation and gastrointestinal upset.

It is important to take your pet to the vet right away, even if your dog or cat is not yet showing signs. It can sometimes take days for the more severe symptoms to manifest

The root of this seasonal plant is what harbors the most dangerous component. When ingested, this plant can cause severe gastrointestinal irritation such as intense vomiting. It is rare that the ingestion of a cyclamen results in death, but it is not unheard of in more serious and untreated cases.

Lily of the Valley

Not a true lily, but still highly dangerous, is the Lily of the Valley. Its high amount of cardiac glycosides can cause symptoms such as vomiting, diarrhea and lethargy with more severe clinical signs such as a drop in the pet’s heart rate, severe cardiac arrhythmias and even seizures.

This flower may be beautiful but it can cause a world of gastrointestinal problems, among other things. A compound of this plant can trigger extreme vomiting, diarrhea and intense abdominal pain. In some cases of severe daffodil toxicity, symptoms such as cardiac arrhythmias and respiratory depression can be seen.

Poisonous Plants For Dogs And Cats

This list is only a shortened version of how many poisonous plants and flowers that can cause severe health problems in our beloved fur babies. If you are considering bringing a new leafy friend into your home, then always do some quick research to find out what happens if your companion decides to snack on one.

If your pet ingests any part of a plant and you are unsure at all of it’s toxicity potential, then don’t hesitate to call your local veterinarian, emergency hospital or pet poison control hotline. 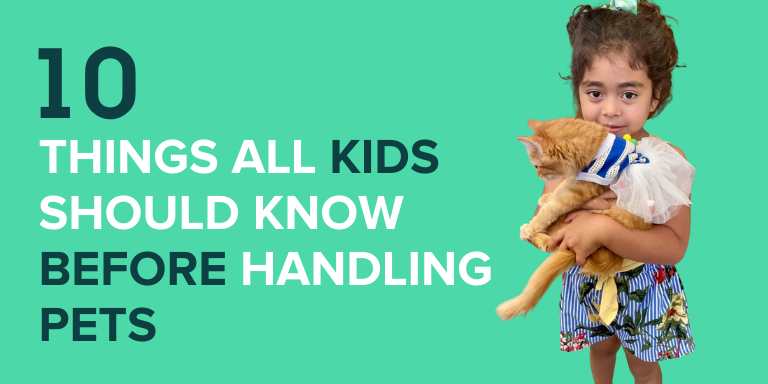 Physically handling pets can be a delicate process, whether they’re small and fragile or big and friendly. All pets deserve […] The number of different brands and formulas of dog food in the pet marketplace can be overwhelming for many owners. […] Many pet owners are aware of the more commonly known toxic foods for dogs and cats, such as chocolate and […]